MICHELLE Keegan looked stunning as she made her way to Sainsbury’s before later revealing she had ‘demolished’ a packet of biscuits.

The 34-year-old wrapped up in a designer coat for the outing and kept it casual in brown flare pants and Yeezy Boost sneakers.

Actress Michelle’s Sandbanks coat retails for £725 and she was also carrying a Prada handbag.

The Our Girl star wore her slicked-back brunette locks in a center parting and low bun.

Michelle clearly worked up an appetite on her shopping spree as she later revealed on her Instagram Stories that she ‘destroyed’ a packet of cookies.

The former Coronation Street star’s husband, Mark Wright, recently told The Sun that he turned down a huge job in Los Angeles because it would mean spending too much time away from her. 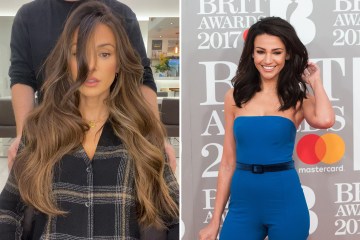 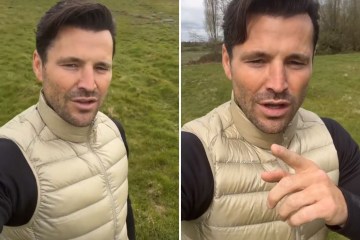 He said: “We love LA but we won’t be going back, not yet anyway.

“I was actually supposed to host a really big dating show a few months ago, but I couldn’t because I had to be in a bubble for three months and I couldn’t have left, so I had to say no.

“When I was there I saw it on TV and it looked really good, so I was devastated, but I don’t regret leaving LA.

“Michelle and I love being at home in England. England is so amazing and you don’t realize until you do something like me how amazing it is. I could never live anywhere else again.

“I would definitely go back for a while to do some work, but not full time. I don’t miss my friends and family.”

Michelle and Mark have been busy building their lavish Essex dream home – which is slowly coming to an end.

The couple bought their home for £1.3million but set out to turn it into a high-tech mansion bristling with security features.

The value of their vast property is now estimated at over £3.5million.

The beautiful country pad was designed as an elegant fortress and equipped with 360 degree motion detection cameras.